Do not trip over a Pokemon! 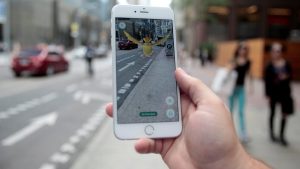 The world went crazy about the new game “Pokemon Go”. More and more people install the application on their smartphones, and start searching for Pokemons outdoors. Proponents of the game emphasize that owing to the game players finally got up from their desks and began to spend more time in the open air. They also get to know places in their neighborhood, of which existence they had no idea until now. They also make new friends, because players unite in catching Pokemons.

On the other hand, opponents argue that the creatures appear in places which should be treated with respect and should not be used for playing. They also warn that the game can be dangerous – we know about several accidents of people who paid no attention to the environment staring at the phone screen while walking or running.

– “Inactive and incumbent people suddenly started to walk encouraged by this new game – and it is a very good sign” – said Dr. Lukasz Luboinski, Head of the Department of Orthopaedics, Traumatology and Sports Medicine in Carolina Medical Center – “Physical activity is an essential element of our physiology and a major factor in reducing the risk of diseases such as heart attacks or strokes. By increasing the produce of endorphins or “Happy Hormones”, movement improves mood, acts as an antidepressant, reduces the feeling of stress, but like all the pleasures should be dosed with caution!” – warns Luboinski.

The sudden increase of activity of persons, who have so far led more inactive lifestyle, may involve certain risks and problems:

– “I am the great supporter of pulling people out from their desks and persuade them to physical activity, but always with a dose of self-criticism and a realistic assessment of their capabilities” – sums up the popularity of the game “Pokemon Go” Dr. Lukasz Luboinski.