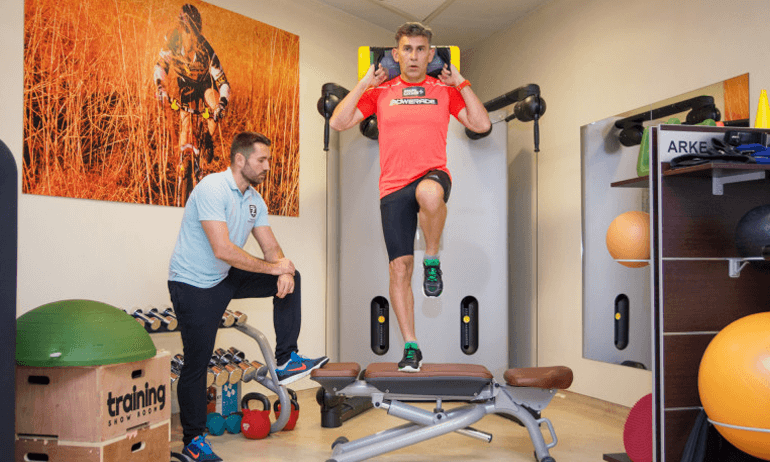 He is one of the best Polish athletes – a four-time Olympic champion in racewalking, a three-time world champion and a two-time European champion. In the fall of 2018, Robert Korzeniowski had an accident, as a result of which he severely damaged his collarbone. And because sport still plays a huge role in his life and he has more challenges ahead of him, he decided to entrust his treatment to specialists from the Carolina Medical Center.

How did it happen that you ended up at the Carolina Medical Center?

Korzeniowski: Previously, I regularly visited the Carolina Medical Center Training Center, where for 2.5 months under the supervision of coach Dorian Łomża, I was preparing for an expedition to Kilimanjaro. The effects of these preparations were so satisfactory that it might not have been easy to reach the highest peak in Africa, but it was successful. What’s more, I still had enough strength for the half-marathon that took place a week later.

However, I found out in November 2018 what it means to be a patient of the Carolina Medical Center. My long-awaited vacation in the United States was just beginning. On the first day, I ran another half-marathon in Miami. While I finished the race without any injuries, a day later, completely relaxed, I was riding my bike to the beach and I had an accident as a result of which I seriously damaged my collarbone.

So I started my vacation with a visit to the emergency room, and after learning the diagnosis, I immediately picked up the phone and contacted doctor Łukasz Luboiński. On the basis of the X-ray image I sent him, he said that an operation was necessary. He told me how to prepare for it and when to come to the hospital.

The clavicle anastomosis operation with 6 screws and two plates was performed on November 5 and went very smoothly. Another good piece of news was that I would not be immobilized and would be able to resume my physical activity at any moment.

During the first weeks of rehabilitation, I was under the care of Marcin Kotlarski, who, apart from conducting traditional physiotherapy, also added classes at the swimming pool. It was great!

What advantages of the Carolina Medical Center do you most appreciate?

Korzeniowski: The treatment process is designed to restore the patient’s full strength in the shortest possible time. First, we focused on “fixing” the problem, then returning to fitness, and now we are working on preparing me to face my next sports challenges. So it’s not just about relieving the pain. The goal is to restore full fitness allowing for normal sports activities at a level not worse than before the injury.

It is certainly very helpful that the doctors, physiotherapists and trainers of the Carolina Medical Center are not only great specialists, but also sports enthusiasts. Thanks to this, they understand athletes very well and you can feel that. A few days after the surgery, I was given the green light to return to physical activity – although with my arm in a sling, but I could practice racewalking. And 6 weeks after the surgery, I started training running and swimming.

I also like the fact that at the Carolina Medical Center, you not only heal injuries, but also ensure prophylaxis and prepare patients to play sports safely.

You mentioned other sports challenges. What goals have you set for yourself for the coming months?

Korzeniowski: Since the beginning of January, I have been under the care of my coach Dorian Łomża, with whom I do functional training. I still have to undergo a series of biomechanical tests, the purpose of which is to check the progress of treatment and rehabilitation, but everything indicates that soon I will be able to run another half-marathon. The “icing on the cake” in September will be Runmageddon in Georgia – a four-day run in the Caucasus. Keep your fingers crossed!

Athlete, racewalker, the most accomplished Polish athlete in terms of the Olympic champion titles: Atlanta 1996 (50 km walk), Sydney 2000 (20 and 50 km walk), Athens 2004 (50 km walk). Sport still plays a very important role in his life – he runs half-marathons and marathons, and is currently preparing for a four-day run in the Caucasus.